"Profit and Loss Statement"﻿
The apostle Paul gives us his “Profit and Loss Statement.” On one side he lists the things that had been gain to him. On the other side he writes the single word Christ. They all amount to nothing when compared with the treasure which he had found in Christ. He counted them loss for Christ.  As long as he trusted in the things of this world he could never have been saved.
Once he was saved, they no longer meant anything to him because he had seen the glory of the Lord, and all other glories seemed like nothing in comparison.
In coming to Christ for salvation, Paul had renounced all things and counted them worthless when compared to the excellence of the knowledge of Jesus Christ, his Lord.
The excellence of the knowledge is a Hebrew way of saying “the excellent knowledge” or “the surpassing worth of knowledge.”
Ancestry, nationality, culture, prestige, education, class, caste, religion, personal attainments—all these the apostle abandoned as grounds for boasting.
Indeed, he counted them as dung or rubbish in order that he might gain Christ. And so he did! He completely severed his ties with Judaism as a hope of salvation. In doing so, he was disinherited by his relatives, disowned by his former friends, and persecuted by his fellow countrymen. He literally suffered the loss of all things when he became Christian.
If we want the best, we need to let go of the clutter that keeps us from the best. What matters is that we know Christ. When we stop focusing on our list of good deeds and instead focus on Jesus, the unimportant things fade away and the thing that really matters remains. When knowing Christ becomes more important  than knowing anything else, our priorities are clear. 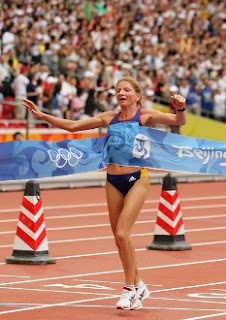 But one thing I do: forgetting what lies behind and straining forward to what lies ahead, I press on toward the goal for the prize of the upward call of God in Christ Jesus. ﻿ ﻿﻿﻿ [﻿Phil. 3: 13-14]
Posted by MyDailyDevotion.ORG at 8:33 PM