“Some Pharisees wanted to test Jesus. They came up to him and asked, "Is it right for a man to divorce his wife for just any reason?"
Jesus answered, "Don't you know that in the beginning the Creator made a man and a woman? That's why a man leaves his father and mother and gets married. He becomes like one person with his wife. Then they are no longer two people, but one. And no one should separate a couple that God has joined together." ﻿”﻿﻿ ﻿﻿﻿﻿﻿﻿ [Matthew 19:3-6]

“For this reason a man will leave his father and mother and be united to his wife, and they will become one flesh.... Therefore what God has joined together, let man not separate." [Genesis:2:23, Mark 10:9] ﻿ 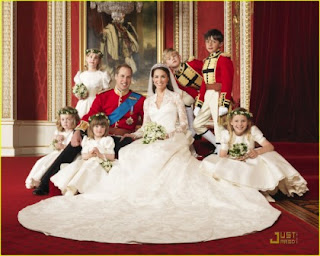 What God has joined together, let man not separate﻿ ﻿
The Pharisees soon found Jesus. They were moving in for the kill, like a pack of wolves. In an effort to trap Him, they asked Him if divorce was lawful.
Jesus referred them back to the Pentateuch. What did Moses command? They avoided His question by stating what Moses permitted. He permitted a man to divorce his wife, provided he gave her a written certificate of divorce. But that was not God’s ideal; it was permitted only because of the harness of the people’s hearts.
The divine plan joined a man and woman in marriage as long as they live. This goes back to God’s creation of the sexes. A man is to leave his parents and be so united in marriage that he and his wife are one flesh. Thus joined by God, they should not be separated by human decree.
When the disciples questioned the Lord further, He said pointedly that remarriage after divorce was adultery, whether the man or the woman got the divorce. But in Matt. 19:9, He made an exception. Where one partner has been guilty of immorality, the other is permitted to get a divorce and is presumably free to remarry.
Then the Lord stated with absolute authority that the past leniency on divorce was henceforth discontinued. Hereafter there would be only one valid ground for divorce—unchastity.  If a person was divorced for any other reason and remarried, he was guilty of adultery.
Posted by MyDailyDevotion.ORG at 6:40 PM

Email ThisBlogThis!Share to TwitterShare to FacebookShare to Pinterest
Labels: My Daily Devotion The two will become one flesh